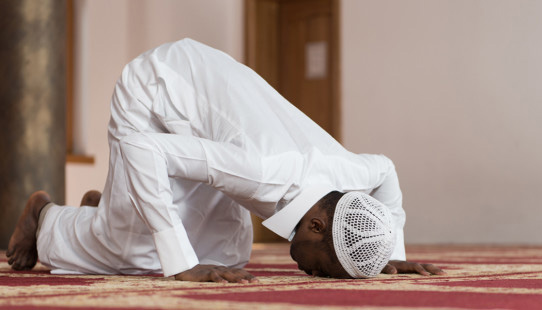 Muslim performs five obligatory (prescribed) prayers a day . At down , at noon , in the afternoon , at sunset and at night ? But what is the reality of prayer ? Is it more sports movements performed continuously and unconsciously with some uttered memorized words ? What makes it a religious duty ? All creatures can do specific regular movements .

Only the human brain can dye and stamp these movements with spiritual link between man and His Creator . This exactly the real purpose of prayer .

Prayer is the process of complete detachment from everything around , except Allah , and this called devoutness . This devoutness makes prayer a source of comfort to Muslim’s soul and spiritual energy that enables him to face the hardship of life . In the few minutes which the worshiper spend in close relation with Allah , he drives power from the Ever – Powerful (Glory be to Him) .

We can understand that prayer isn’t limited to showing prerequisites of loyalty and enslavement to Allah but it is also a must for rectitude of man’s life . In addition to the worldly benefits we get from prayer , it has reward that guarantee success in the Hereafter .

Prayers were fifty when they were first prescribed and they reduced to five but they ‘re still fifty in reward . This in ordinary days . What could the reward in the blessed honorable month of Ramadan in which the reward of obedience is doubled beyond what we can imagine !

Ramadan is a great chance we wait all the year round to be a starting point to acquire good qualities and get rid of the bad ones . To repent heavy burdens of sins on our shoulders , so we should never stop supplication to Allah to forgive all our sins . We must remember that the best times for supplication and Du’a are the moments of prostration where the worshipper is closest to his Lord (Glory be to Him) .This drives us to perform more of voluntary prayers .

We must remember the spirit of Ramadan with its nightly voluntary prayer (called salat Al-Qiyam or salat Ul-Taraweah ) . Abu-Hurayra (may Allah be pleased with him) said , our Prophet (may the peace and blessing from Allah be upon Him ) said : ” Whoever pray the nightly voluntary prayer in Ramadan on the basis of Iman (Faith ) and the pleasure of AllaH , his past errors are forgiven ” .

The time of this prayer is from Eleshaa prayer until dawn prayer . It’s our prophet’s tradition who used to pray eleven Rakaa’ (kneels) every night . Lady Ayesha ; mother of the believers “narrated that our prophet didn’t exceed them either in Ramadan or in other months ,four perfect long kneels then four perfect long kneels and finally three kneels ” (El Bukhari & Muslim) . In this prayer the congregational prayer is preferred to the individual prayer for both man and woman . The Iman recites possible verses of Holy Qura’n . Our Prophet ( peace be upon Him ) recommended Imams not to exaggerate in the length of reciting so as not to cause treble to the diseased , women or the weak . 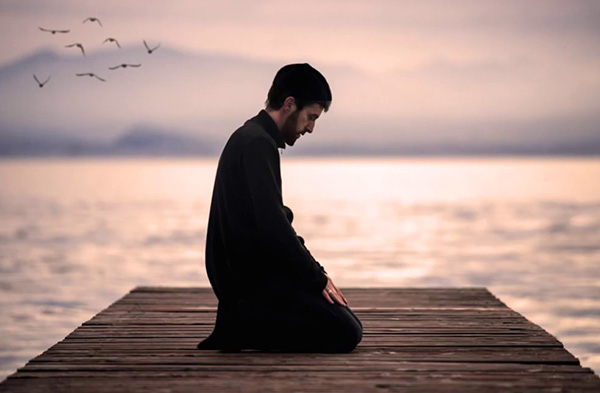 This month has – lailt Al Qadr – “The Night Of Honor And Excellence ” which is the most venerable night at all . It is really a chance that can never be compensated . Its the night of Dua’a response , forgiveness and acceptance , so the prudent Muslim mustn’t miss it . He should perform more prayers and supplication so that he may be among the accepted and the forgiven if Allah wills .

But what about those who don’t perform prayer in this month ? What is the legal verdict ? Does this nullify their fasting ?
The verdict varies according to the motives of leaving out prayers . Those who leave prayer out of denial and disownment of its obligation are infidels according to consensus of Islamic scholars where as those who leave it out of laziness , the scholars have different opinions . Most of them regard this a major sin as prayer is a cornerstone and the second pillar of Islam after the Testimony , However this doesn’t fail fasting . Why don’t we handle such point ? Why do some people consider prayer a heavy burden ? I think the answer is at the beginning of the article .

Those who intend to add spirit to their prayer regard it as a link between them and their Lord (Allah ) , spiritual fuel , salvation from burdens and safe resort so they enjoy performing it . But those who ignore its reality & greatness and view it as more sports movements find it a heavy burden , and do it sluggishly (lazily) or leave it completely . Allah (Glory be to Him) said : “And seek help and in patience and prayer , it is indeed too much to do except for those of humble spirit ” (Al Baqara 45) .

We must be keen on self-sterile , change our concepts about prayer and make it our safest resort . Ramadan is the most convenient chance to do this . Don’t miss it . 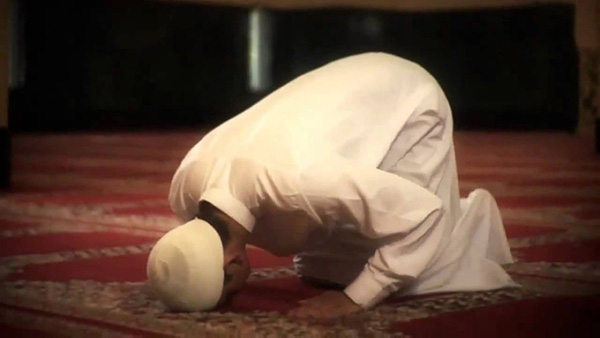 Salah: The Most Powerful Connection to God!

Prayer (Al- Salah) is the second pillar of Islam that comes just after Al- Shahadah , and it’s the first thing we will be asked about on the day of resurrection , if we noticed when Al- Salah was first imposed we will find that it’s the only duty that arrived from Allah to Prophet Muhammad ,peace be upon him, directly without an intermediary, that tells us how important and superior Al- Salah is.